When it Rains it Pours 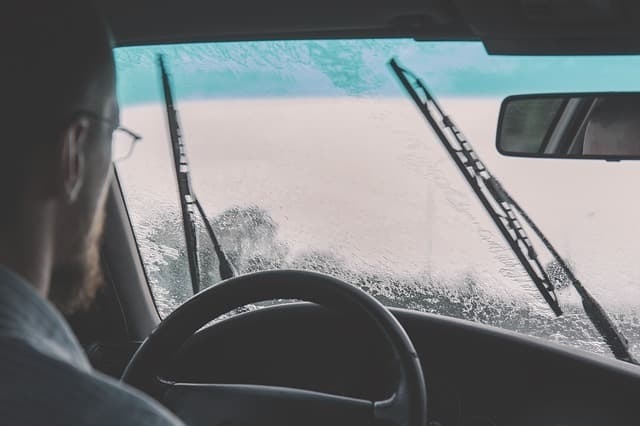 Singer/songwriter Albert Hammond was deceived back in 1972. He told us "Seems it never rains in Southern California". But if you know your 70s pop music, you'll know the song goes on to admit that he discovered that when it does rain, "It pours, man, it pours".

And don’t we know it. The worst of it is that although we have a general idea when it's going to happen, the exact timing can catch us out -- sometimes when we're behind the wheel.

And when that happens, downpours can be so severe that our windshield wipers can't even clear enough to give us reasonable visibility.

If you've never driven during a SoCal torrent, then the first time it hits you can be terrifying. And even if you've seen it all before, you're still at huge risk of either being involved in an accident or suffering flood damage to your car.

And because of our extended periods of dryness, even moderate rainfall can catch drivers out because it runs off, causing flooding, rather than soaking into the ground.

Want to be a safer rain-driver in LA? Here's what the experts say you should do:

There Are Crazy Drivers Out There

Whenever it rains in Southern California, the number of auto accidents soars like a rocket.

Please also be sure that your vehicle is properly insured, not just against accidents where the blame is pinned on you but also for the risk that an at-fault driver who hits you may turn out to have insufficient insurance -- or none at all. Check your auto insurance coverage with Aldrich Taylor Insurance or your agent.

Even if you're the safest driver and follow all the rules, you have to remember that there are some crazy drivers out there.

Be prepared to encounter them by adding an extra degree of caution and alertness into your driving. Rain may be rare in LA, but crashes and pile-ups are not.